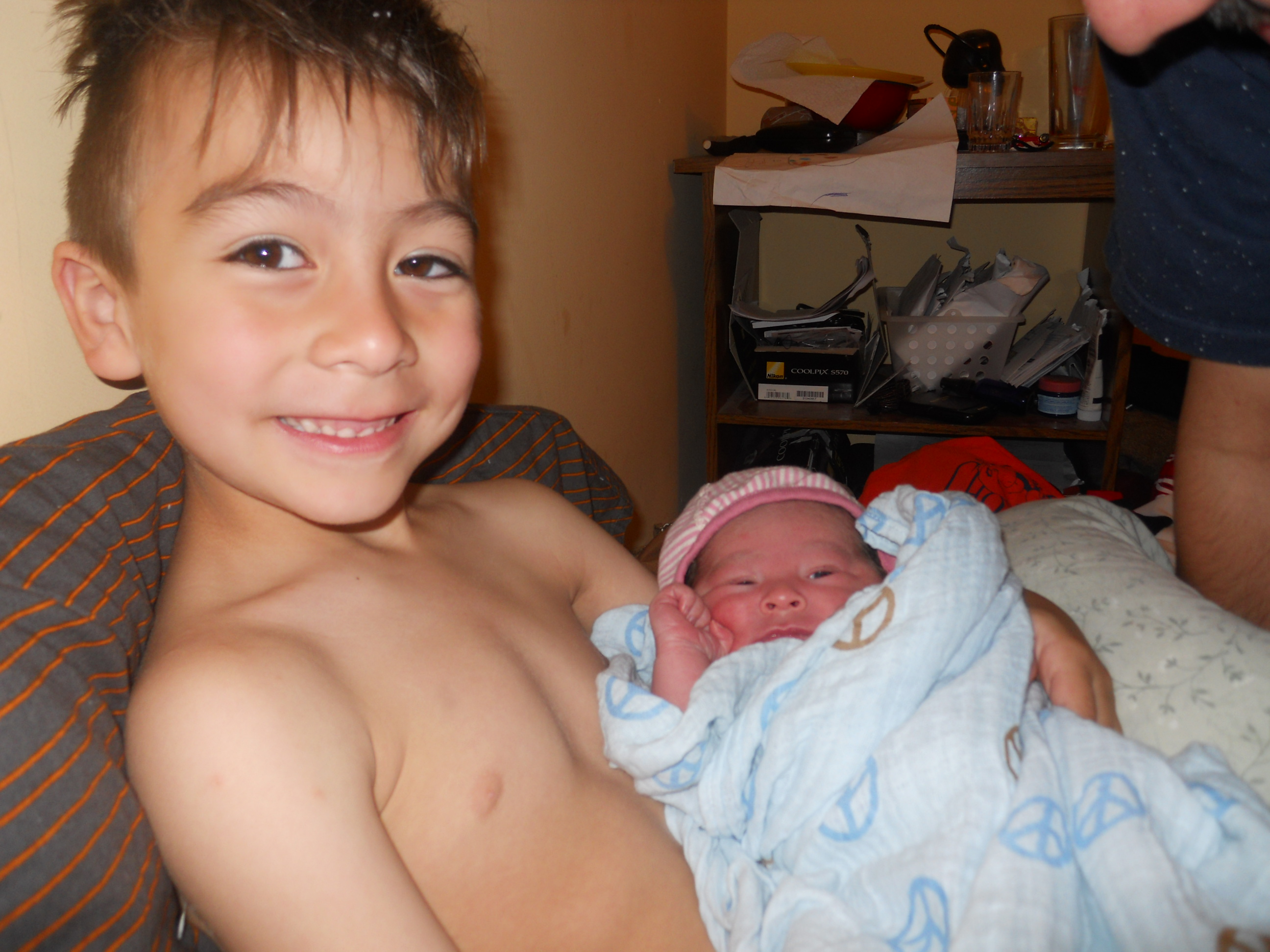 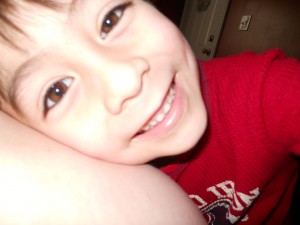 What is one of the first things you think of when you hear someone is pregnant or when you found out you were pregnant yourself? How did you envision labor and birth? Were you bombarded with information about your friends births and that of their friends as well? Was it positive or not? Chances are you had more negative stories than positive, unless you were very lucky. I was 23 when pregnant with my first. I was very scared of all the pain I was to endure when birthing a child. But I also had an aunt that was only 8 years older than I who had had 2 very successful homebirths. None of my other family even thought twice about another way. My poor grandmother was strapped down and knocked out, waking to her newborn babies. This was the norm for a very long time because women were looked at, and still now in many ways, as weak and not being able to withstand the intense physical and emotional process of labor and birth.

I knew there had to be another way. I shouldn’t have to look back on the birth of my children as scary and excrutiatingly painful. After all, women didnt have any anesthetic for thousands of years and we seem to have done fine. I was determined to see this as a positive thing. The alternative was just too overwhelming to deal with. I chose a nurse midwife to deliver our baby in a “natural birth” friendly hospital.  Sitting in the office one day I saw an ad for Hypnobirthing classes. My only thoughts about hypnosis were strange and fake episodes where the participants have to be playing along. I mean, cmon! But I thought it was something to look into and our first meeting would be free. When my boyfriend Aaron and I went to the first meeting we were a bit skeptical but thought we would give it a shot. After talking with us, our instructor Amy gave us a fear release. This was just really a guided relaxation that made you visualize and name your fears and consciously let it go. You are conscious the whole time. You choose how deeply to relax. I tell you after leaving that meeting I felt somehow lighter. I dont know quite how to explain it but one thing I can compare it to is doing yoga for awhile. I was relaxed (so not like me). 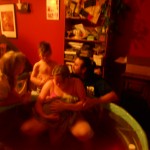 The main idea behind hypnobirthing is that your mind and your body are connected.  When we are scared your body reverts to fight or flight and your body then releases catecholamines, a hormone from the adrenal glands as a result of the stress.  In hypnobirthing, you are training yourself to relax and release the good feeling endorphins that lead to a more comfortable, easy faster and calmer labor and birth. In addition to that, it teaches your partner and you how to be in sync.  It also teaches you about the language of birth in our intervention based society.  How the word “labor” is changed to “birth process”, contractions are changed to “surges” and to not listen to anything negative about birth…from anyone! 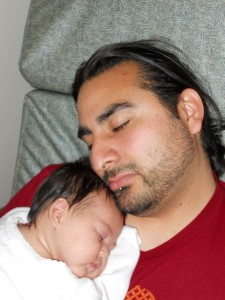 This last one was the hardest by far.  Because you all know as soon as you tell someone you are pregnant then all of their stories about how long their labor was, and how all these interventions had to be done and how scary it was and awful and blah blah blah.  Do you ever wonder why women have to do that?  Why we are at constant competition to one up each other with birthing horror stories?  We have been conditioned to think that we are incapable of dealing with the intense process of birthing our babies.  This is not to say that there aren’t people out there who really do need interventions and I am conscious and thankful that I’ve had 2 low risk pregnancies and live in an age where if I had a real problem it could be attended to properly.

But I am here to attest and promote this fantastic way of labor and birthing.  It wasn’t until I had my second that I really understood how amazing our minds really are.  Like I said earlier, we were very young and broke with our first baby, barely together a few years and about to bring another soul into this crazy place.  My hospital journey was as good as it could’ve ever been.  I had zero interventions, and was able to labor and birth in a tub.  My labor lasted quite a while, about 24 hours, but I can say with confidence that I myself was the reason my labor lasted so long.  I was very afraid of becoming a mother.  I didn’t have the most concrete of upbringings, and I still struggle with my relationships with my parents.  My own fears of what kind of life I could give this innocent child prevented me from embracing  it all and just letting it be.  It wasn’t until I was pregnant with our daughter almost 6 years later that I realized this.  I knew this time would be different, because if I thought it, it would be.

My goal with my second pregnancy was to have a 3 hour homebirth from start to finish.  I was determined.  My husband and I had a few refresher courses but mostly did everything on our own.  He is an amazing coach and I couldn’t have asked for a better partner in these wonderful experiences. We got an awesome team of homebirth midwives that truly respected our methods. Looking back, my labor was off and on for about 2 weeks.   So frustrating, but every time I thought I had a “surge” I envisioned my cervix opening ever so slightly each time.  My surges weren’t really consistent and they weren’t much at all really; more like Braxton-Hicks than anything.  One night, about a week or so after my “due week”, my water broke.  Immediately I was in high gear, but it felt so different I wasn’t sure I was in active labor really.  I felt so relaxed and it  just felt like rhythmic pressure.  I knew once there were no breaks between the “surges” that this was going to be fast.  We called the midwives and they got to our house just in time.  My daughter was born in the water and my son got to cut her cord.  I couldn’t have asked for anything more.  When all was said and done, I was interested to see how long my labor and birth was.  We ended up with a time of 3 hours and 19 minutes from water breaking to completion of 3rd phase.  Good enough for me 🙂

So if the fear of having a baby or another traumatic birth overcomes you…look into Hypnobirthing.  It may be the best thing you ever did. 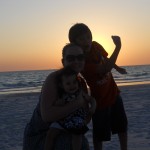 Brittaini Pulver is mother to Santiago, 7 and Adelina 1 and lives in Columbus, Ohio with their amazing father, Aaron.  They plan to have more hypno water babies in the future.

One thought on “My Journey With Hypnobirthing”