One of the things I have had the chance to experience, being on the Natural Kids Team, is a sense of community.  I have often lived in isolated areas where natural toy crafters are few and far between and I have found an amazing support in being part of the NKT.  As I have talked about in recent posts, I recently moved to a village that has the longest running and first English speaking Steiner school in the world. Because of this people come from all over the world to live here.  It fuels community in a way I haven’t experienced before, at least not offline. It has a rich “alternative” community and people are supporting each other in powerful fulfilment all around me.  I wanted to share how some of the people I have met have become pillars in this community by sharing their hearts without the ego of where a project will go but rather what a project is for.  Being part of and helping to create a strong community is such a pure way to become more whole.  The benefits that resonate from that wholeness touch your family in such a special way.

My first interview is with Kate Room who has started a group called “Singing Mamas”.  They meet weekly, children in arms, crawling everywhere, giggling and sometimes shouting in amongst a group of open hearted women.  The songs are international and are experienced by the children but not directly for them.  To hear the women in my community talk about Singing Mamas is truly inspiring on its own. People laugh and cry, they breastfeed and hold their children.  I have never been part of something that sounded so beautiful. 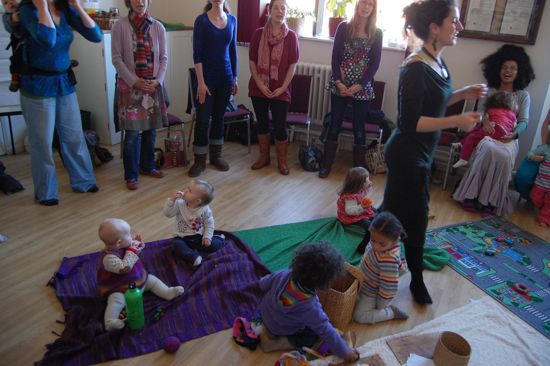 What made you decide to start the Singing Mamas?

Well it was a good friend of mine that set me up.  I talked to her about a group I used to be in where you could bring your children and she liked the sound of it and she wanted one that she could go to with her daughter. So she found a few friends who would like to do it and invited me to come along to it.  I sat there looking around the room at these women with their babies on their laps and after a half an hour I realized they were all staring at me waiting for me to start. So I naturally was a bit cross and my friend knew I would say no way. No way could I pull that off.  But I racked my brains and came up with a few songs and it was okay.  We decided we would keep it going and it would be at my house so women were coming and more women were coming and it became a bit of a squeeze. I was very happy that I had been set up! As my confidence grew more woman came and we had enough people to hire a hall.  It has proven to be very popular. I am learning all the time.

What do you think it is that people are so attracted to with Singing Mamas?

The main thing is the soul nourishment.  It is appealing because you can bring your children but once they arrive they realize the singing is for them and their soul’s nourishment.  And its that point of the week (Wednesday)  where you really get to breathe for an hour and have that shared experience of breathing and making beautiful harmonies which is something we don’t get to experience in our everyday lives. One thing I really love about it and that people really love even if they don’t realize it, is that when they come along they leave their home.  Their lives are so busy fulfilling the needs of their child, and pouring out everything to their children and families, the children then get to come along and witness the mums getting their own nourishment and serving themselves. Its really rare for children to see.  (because we often leave our kids in someone else’s care to gather nourishment).  That message is very important to give to our children and to bring into our home.

There is a lot of power in song and music.  What personal experience do you have that is bring brought to this group?

I trained as a child. Classical flute and very academic.  I didn’t find much joy in it.  I always did performance.  Then I became really self conscious, stopped performing, and couldn’t even play in front of my family. So when I discovered the joy of singing without performing, it just opened up a door to another world.  I realized that when you sing, it doesn’t matter if you get it wrong, it matters that you are breathing and enjoying it.  It then became a passion.

If you were to give advice to someone who wanted to start a group like this but was intimidated, how would you suggest they start?

Start small. Start at home where there is no pressure.  But also bear in mind that if you start too small you can hear everyone’s voices.  Eight is a good number.  Start it as a shared thing.  Everyone brings songs. The first few weeks everyone is going to be shy and timid but soon it will build and the confidence will build.  It wakens up slowly.  Keep the songs simple.  Small harmonies, simple rounds.  It will grow naturally.  Keep telling yourself if you get it wrong to keep going. Singing in community and in harmony is not about solo performance. The goal is to blend together. 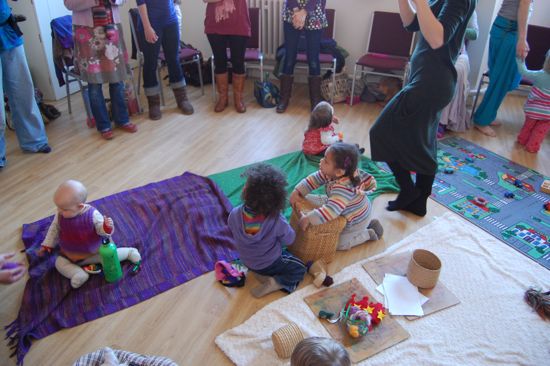