What do you say for Epiphany?  Happy Epiphany?  Merry?  I am not sure. This is my first year recognising it at all!  Other members of the NKT  have written about Mary’s Star Path and their versions of it.  You can read about my families star path here. Epiphany, in our family, represents the actualization of the love grown (in advent) and the love born (Christmas).  We have taken an archetypal approach to the Christmas season and Epiphany is no exception. 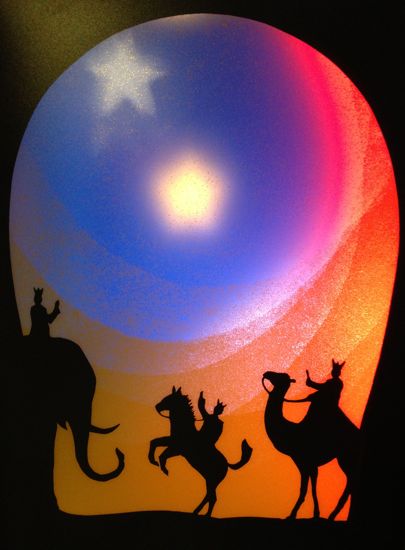 When I went to a talk about the star path with the authors of All Year Round I was shown photos of different depictions of the arrival of the kings.  A few things were consistent. Mary was regal.  She was sitting on a throne or some how raised up.  She was not shown as poor and in a stable, her surroundings were strong. The Christ child was upright, alert and unlike the birth artwork we were shown where he was always laying down, his eyes were open.  He was awake in the spiritual sense.  So if Christ represents love, this was the moment where the path of love was realized and where it was witnessed by the three kings. 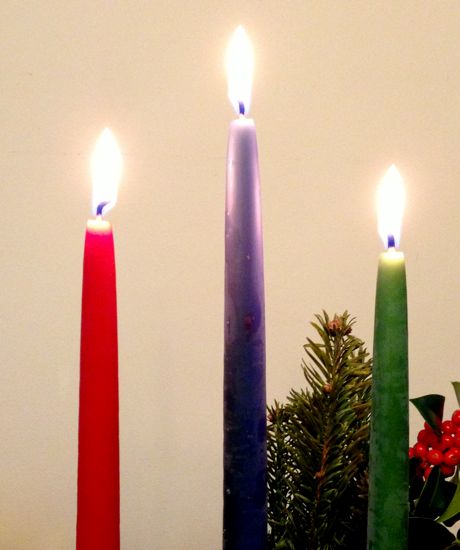 In our family this is the time where the wishes and good intentions we made during the last month are sent off for manifesting.  We took down our tree when the kids were sleeping and we in its place was a small gift for both children.  Window stars shine as the light is once allowed to enter the room where the tree once stood. You can see our star path during advent here.  As you can see in the picture below, Mary is elevated, she is wearing a star crown and the baby is upright. I didn’t have time to needle felt the three kings so this year we have little peg people instead 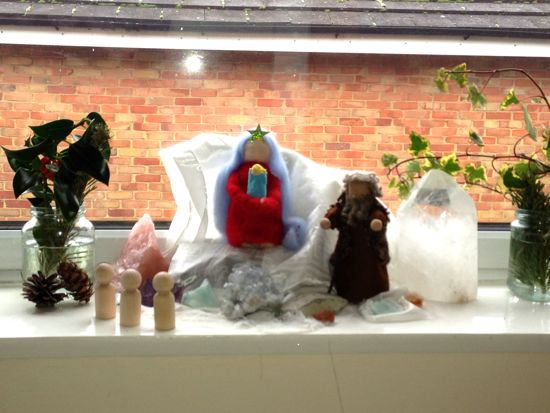 There are so many interpretations for the 12th night. Culturally it is a very important day for many places around the world.  We love hearing your experiences at the NKT. How do you celebrate it?

One thought on “Epiphany: The Three Kings Festival”