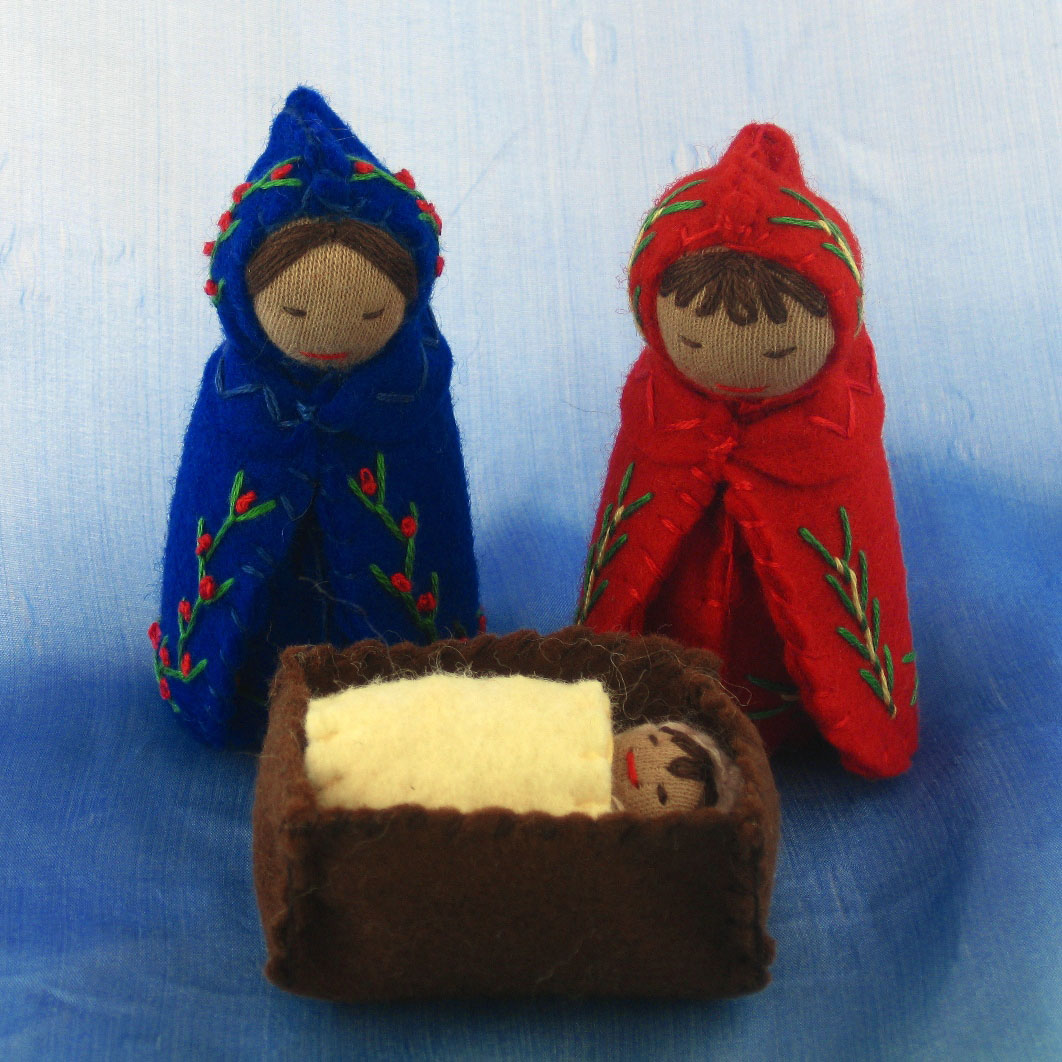 I’ve always been fascinated with stop motion (or stop action) animation. Stop-motion is the process of filming stationary objects frame by frame to create the illusion of movement. One of the most famous early films to use stop motion animation was the original King Kong, made in 1933. Some of my favorite stop motion pieces are the claymation short films of Nick Park, creator of Wallace and Grommit. Wikipedia has an extensive list of films that use stop motion techniques, which you may read here.

Last month, I filmed a little video with the full nativity set I made with Bossy’s Feltworks, and used the wintery trees from the shop of Natural Kids Team member The Enchanted Cupboard. Other members of the Natural Kids Team are planning to make stop-action animation videos, too, so keep your eyes open for their creations! We plan to share them on this blog.

Farida Dowler is a musical storyteller in Seattle, Washington. She makes wool felt dolls for children and grownups. Her  Etsy shop is called Alkelda. Farida maintains a storytelling and song blog at Saints and Spinners.

4 thoughts on “Nativity in the Snow: a stop motion animation”