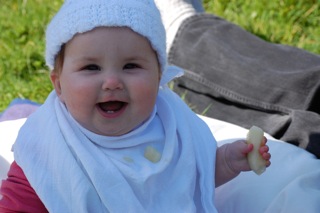 7 thoughts on “On Breastfeeding and Weaning…”