Written by
Ulla - GermanDolls
Posted in
community gardens, in the garden, the great outdoors
Comments
5 Comments

Do you remember our community garden patch? I wrote a few posts about it last year. Before we knew it, the new growing season was upon us this year. We had to make haste to get our soil ready and crops planted. 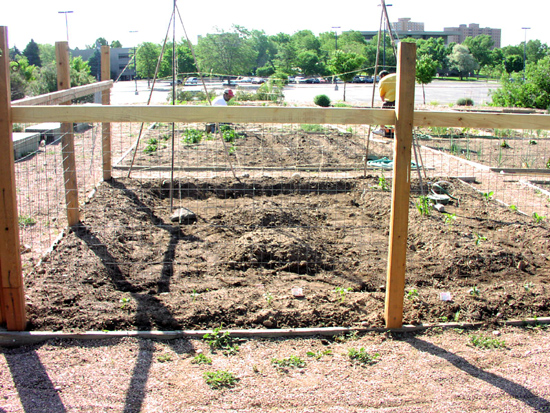 We found some potatoes we forgot to dig up last year had volunteered already. So we left half of one of our patches and just filled in some holes. The other half we planted with carrots, beets, kohlrabi. It is always tough to make decisions of what to plant when space is limited. 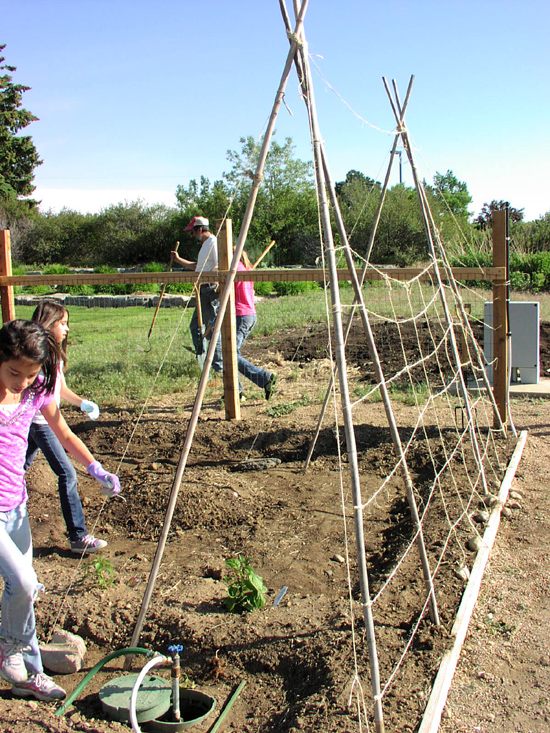 On the second patch our two families rent we devised a new plan. Last year a terrible thing happened. Some thieves came over night and stole our watermelons. Can you believe it? Who would do such a thing – steal crops from a community garden?

The husbands came up with the idea to plant a maze to keep our watermelons safe. The two outside corners of the patch have fences now. The fence was built using some scrapwood and wire mash. We planted plants (squash) that will climb the wire. A third side of the patch has a construction made of bamboo poles and knotted sisal netting. Underneath this intrepid construction the guys planted stringbeans. Hopefully the beans will grow up the netting and make for nice green shield from that side. Along the fourth side we planted brussel sprouts again.

Hopefully this will keep the thieves out so we can actually eat the watermelons this year. Keep your fingers crossed for us. The children were so disappointed. They work so hard weeding and taking care of the garden, don’t you think they deserve a treat at the end?

5 thoughts on “Greetings from the Garden Patch”