Written by
Ulla - GermanDolls
Posted in
cooking, in the kitchen, recipes
Comments
2 Comments

I don’t know about your children, but mine have never been a great fans of cauliflower. That is until I presented them with the following version. It’s really easy to make. It doesn’t take long either. You can even get it ready in the morning and put it in the oven when you come home in the afternoon.

This recipe will feed a family of 4. But maybe you want to serve an appetizer or a salad beforehand. My teenager was still hungry and asking for more after finishing two large servings of this recipe…

Bring water with some salt in it to a boil.

Clean the head of cauliflower, remove green leaves and carve out the bottom of the stalk

Boil the whole head of cauliflower in the water for about 20 minutes or until tender.

Then remove from water. Put half of it in a bowl. Preserve the rest for later. 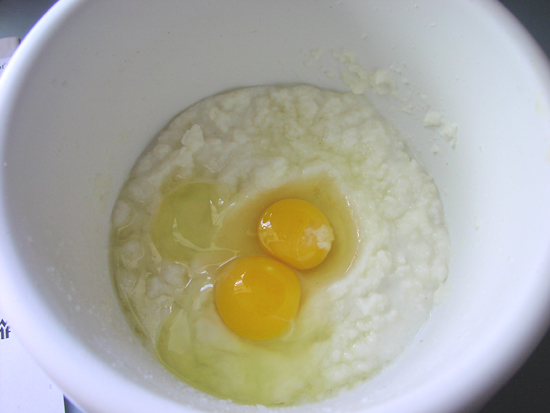 Puree half of the cauliflower with an immersion blender. Add eggs, milk, salt, pepper, and nutmeg. Mix in the bacon bits or ham cubes. Then add the peas.

Spread the mixture in a casserole dish. Break up the rest of the cauliflower into little florets and stick them in the pureed mixture. Sprinkle cheese on top. Bake in preheated oven at 375 Fahrenheit. 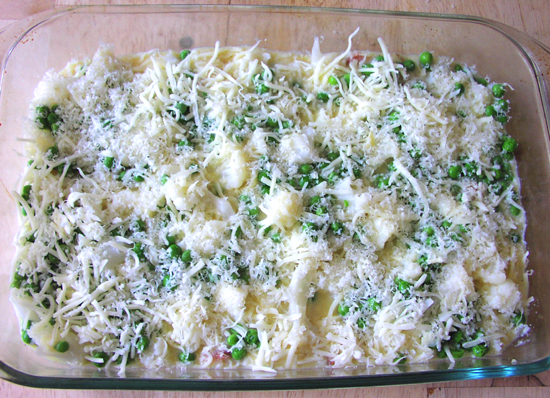